Our Mole Whacker Trap is the most uncomplicated scissor mole trap design on the market. Still, it provides maximum effectiveness while allowing the trigger plate to be easily adjusted up for various soil conditions.

Moles are voracious eaters and consume their weight in worms and grubs every day. Any healthy lawn is a goldmine of tasty delights for a mole, and once on your property, moles make a yard look like a landmine hit it! So that’s why you need our uniquely designed and highly effective Mole Whacker Trap to rid your lawn of these destructive lawn critters quickly.

The small but efficient Mole Whacker Trap effortlessly inserts into any functioning mole run, and it’s triggered immediately by the mole as it moves through its passageway and between the Mole Whacker Trap.

The jaws of the trap close directly onto the mole without having to close through any dirt blockage. The powerful scissor blades of the Mole Whacker Trap perform a quick, humane kill, so the mole does not suffer. 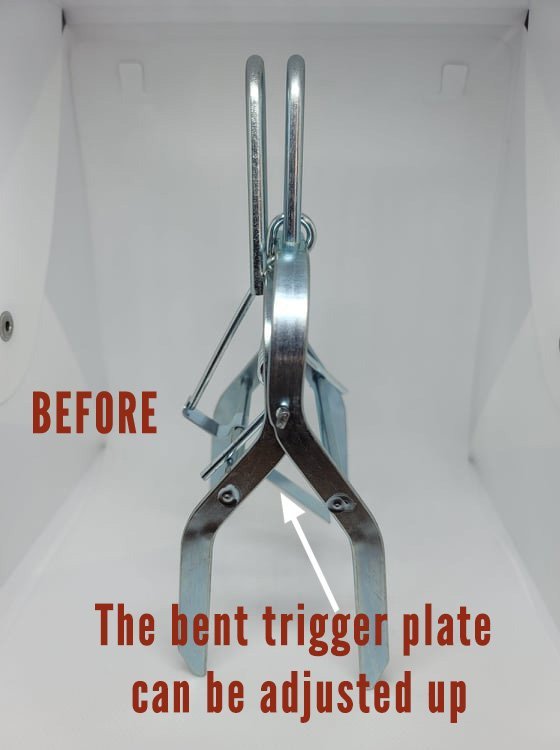 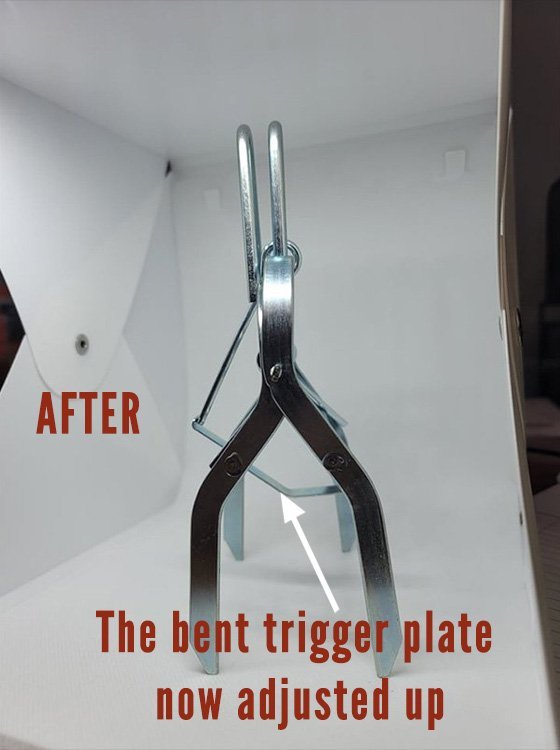 Click Photos Below To See Larger Image In Light Box 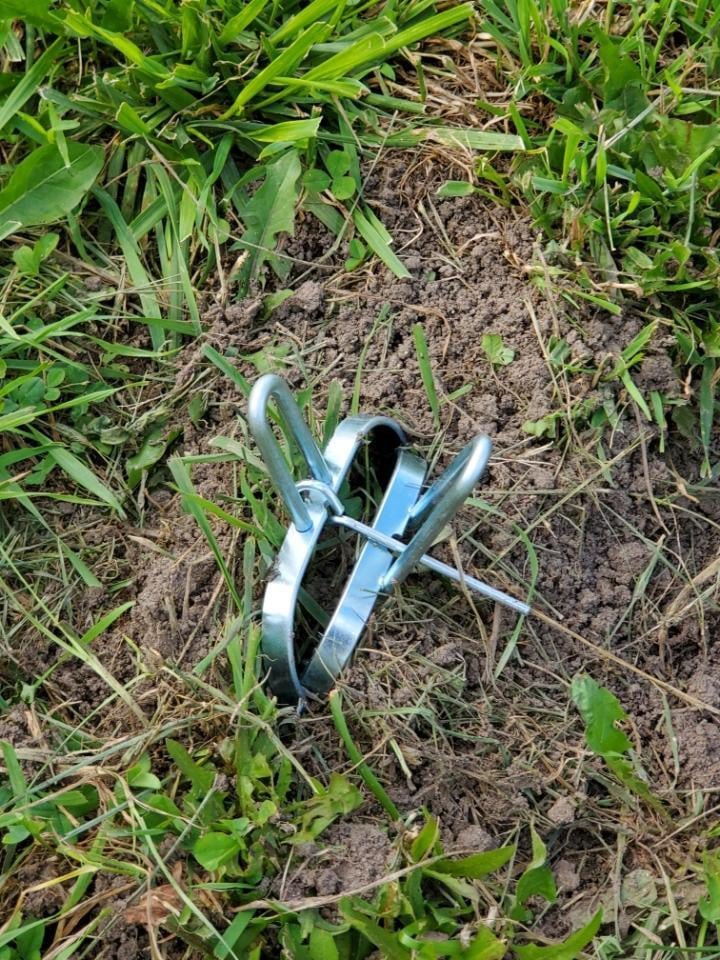 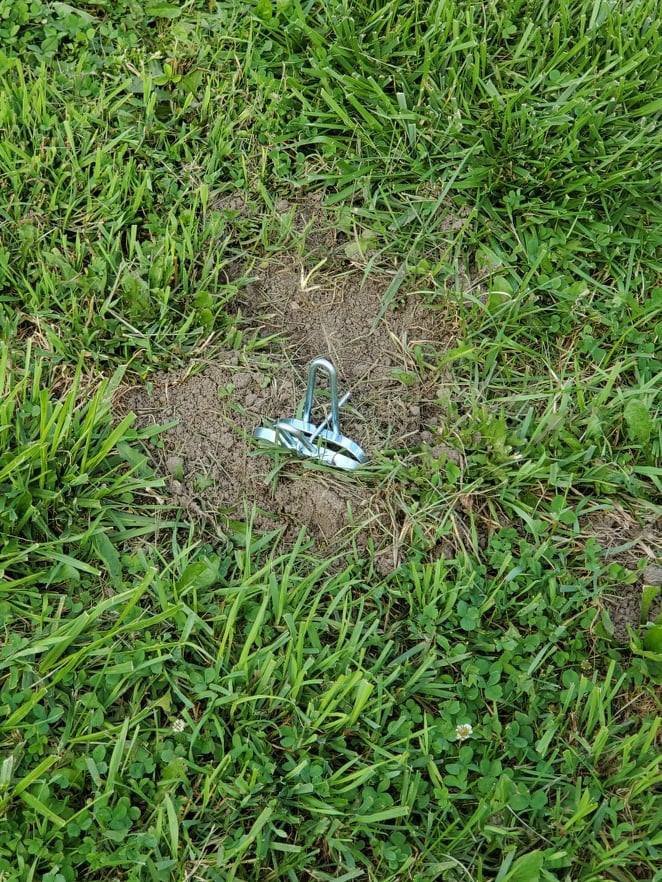 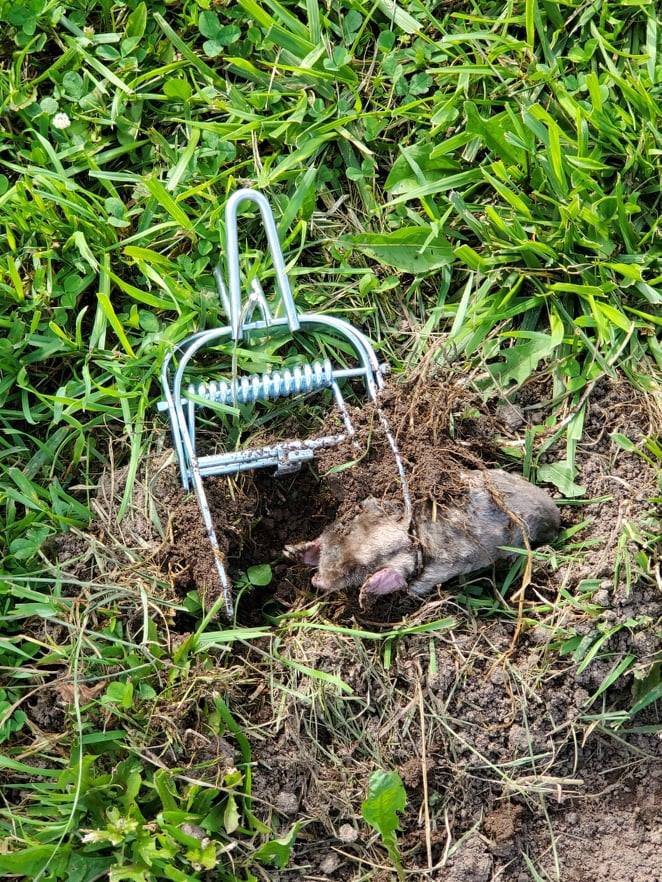 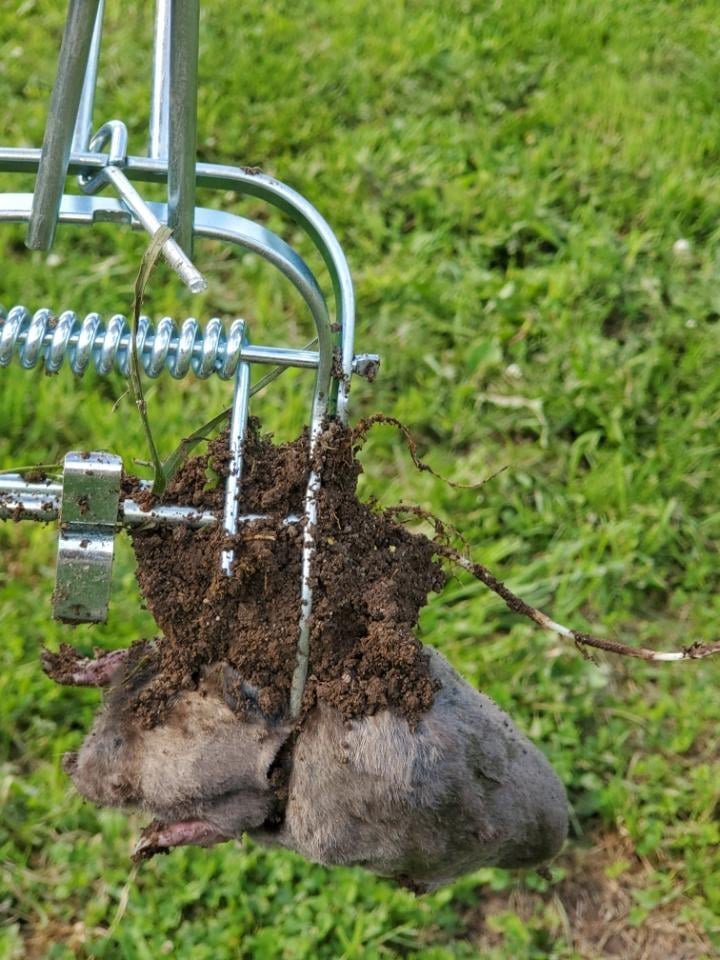 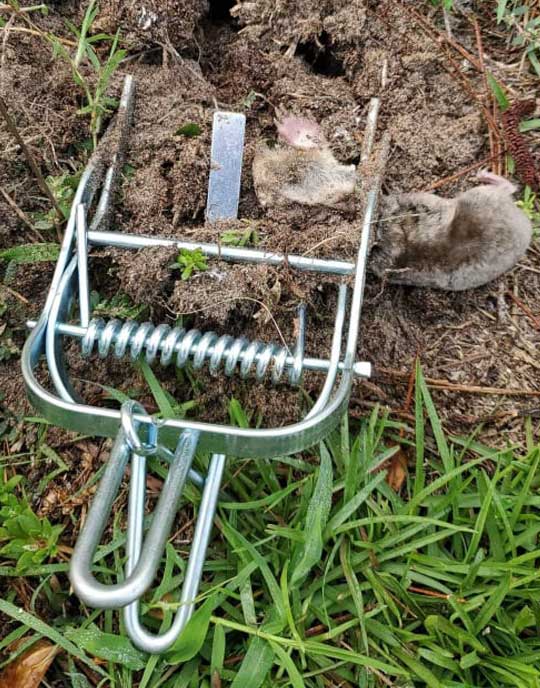 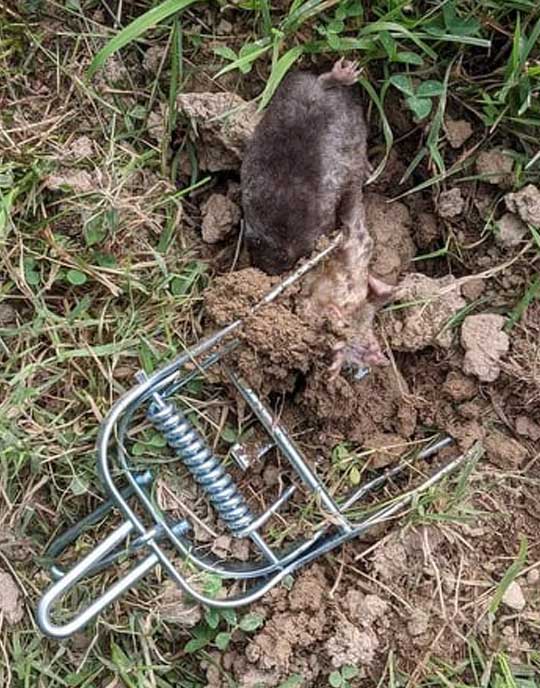 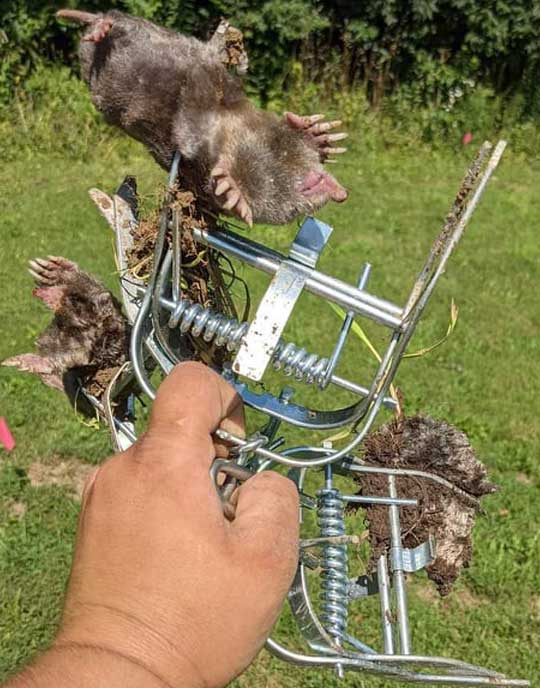 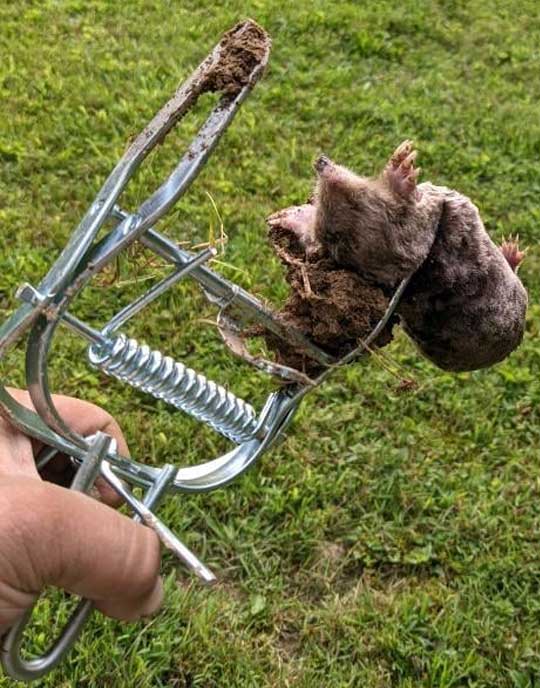 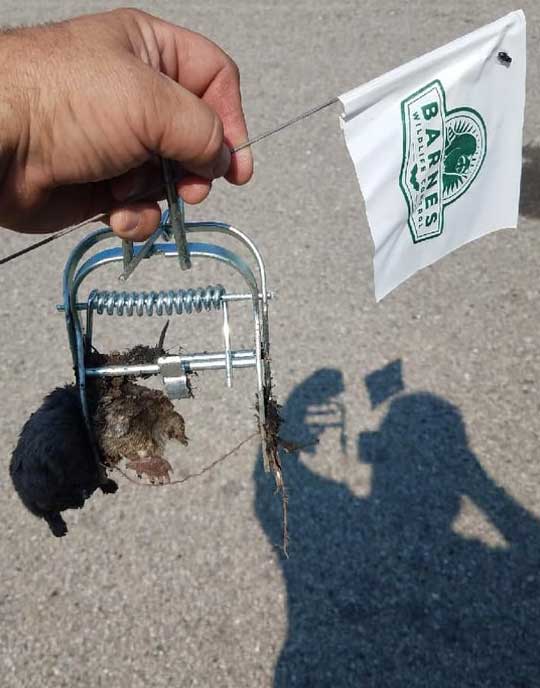 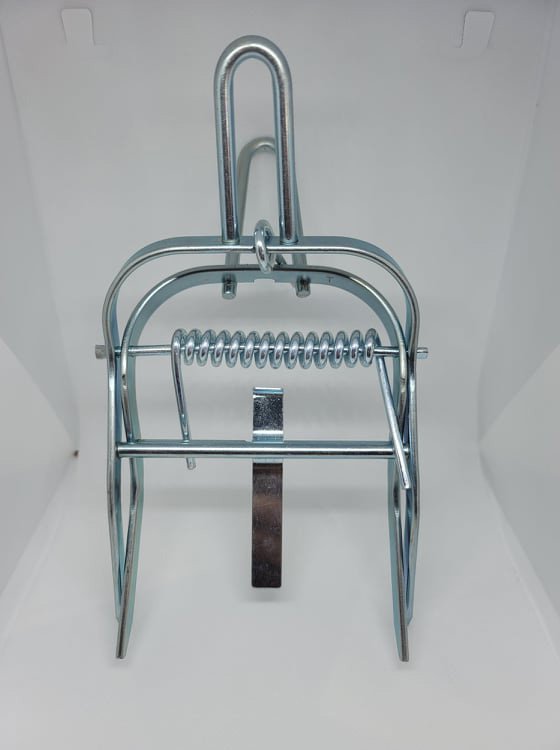 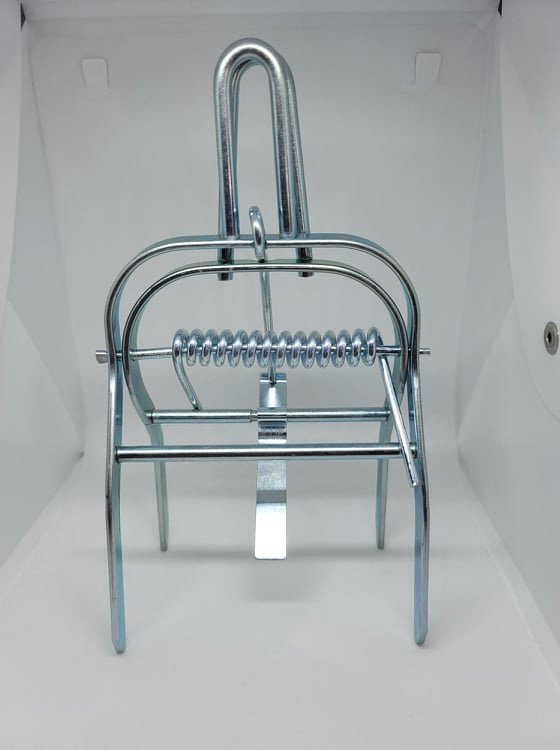 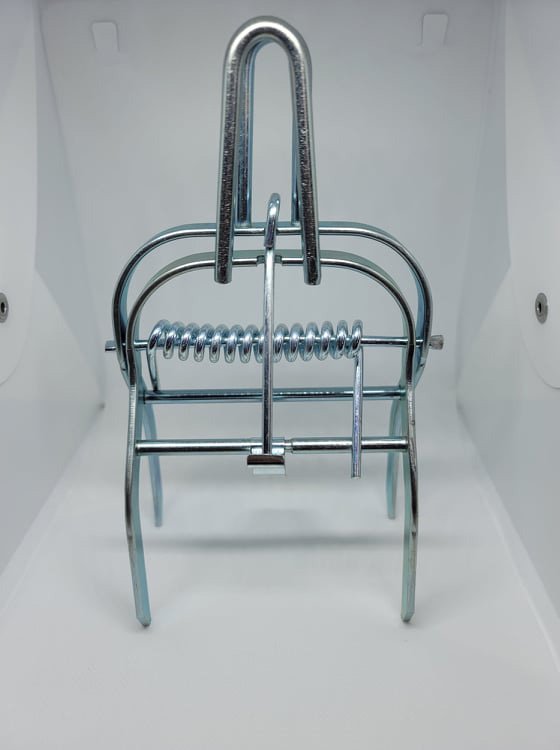 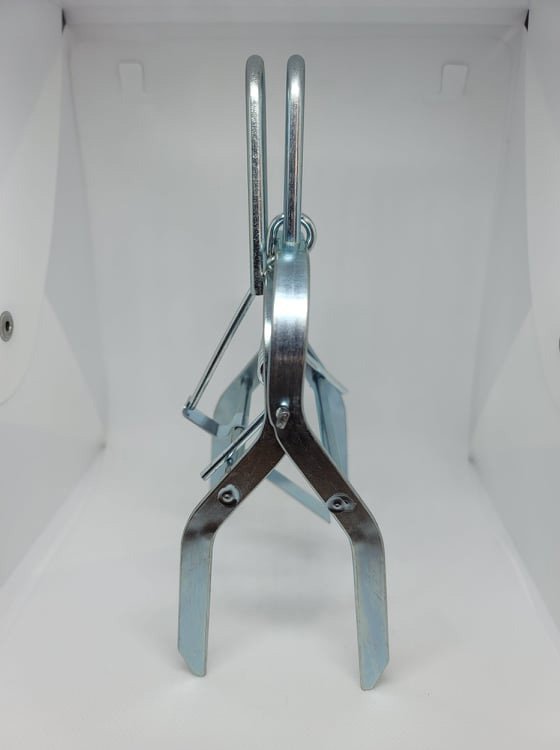 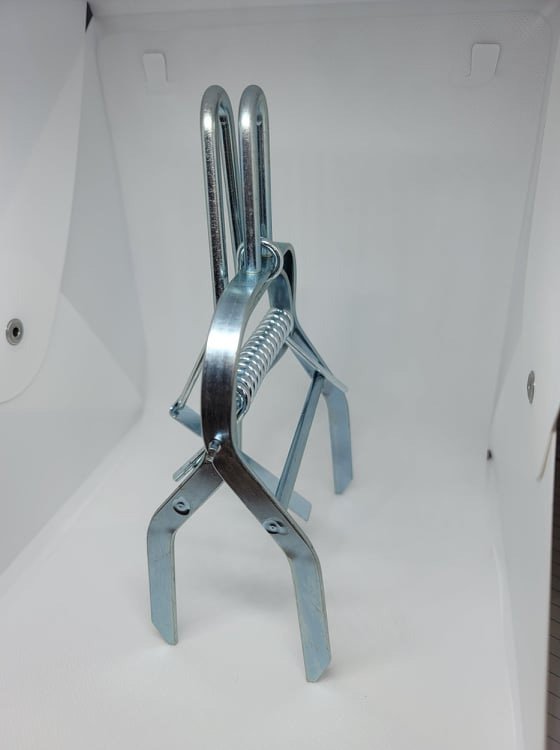 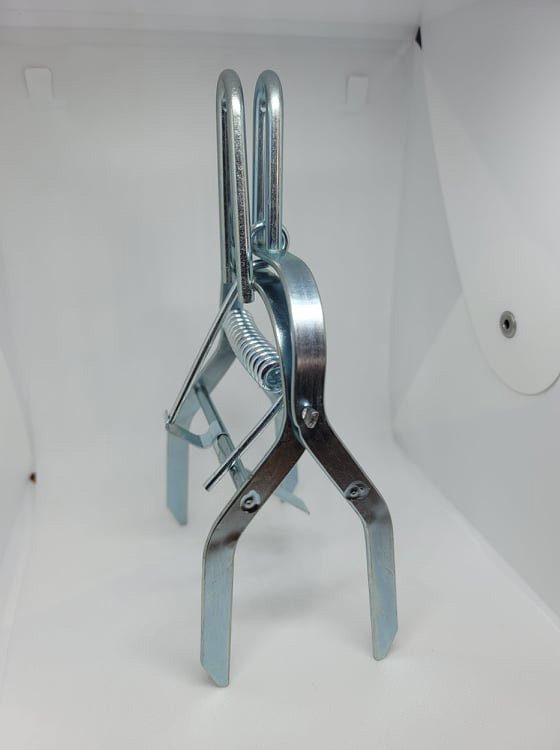 There are seven species of North American moles: the American shrew mole, Townsend’s mole, the star-nosed mole, the Eastern mole, the hairy-tailed mole, the broad-footed mole, and the coast mole.

The average lifespan of a mole is three to six years with an average size of four to eleven inches long, including its tail, and weighs between .25-7.5 oz.

You can identify a mole by its brown or grey fur, cylindrical body with a short tail, tiny concealed eyes and ears, small hind feet and larger forefeet for digging, and has two thumbs on each forepaw. 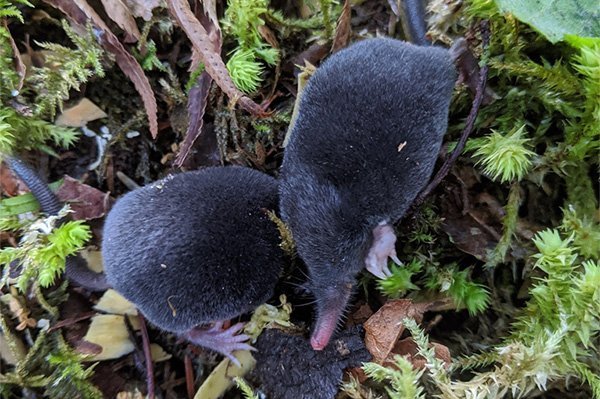 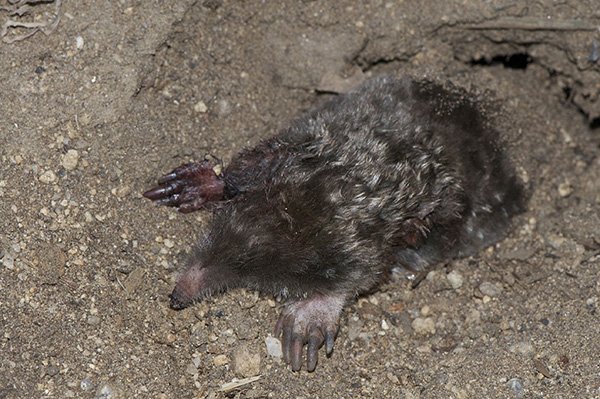 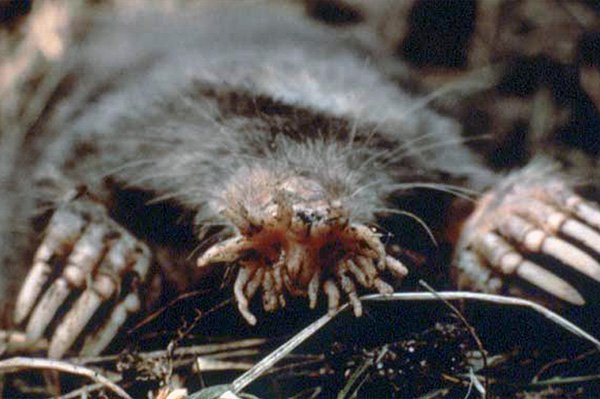 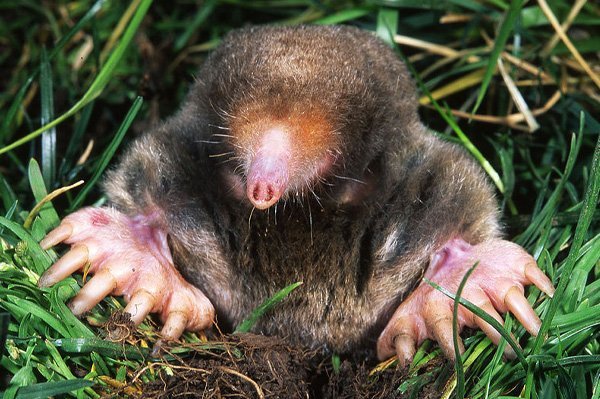 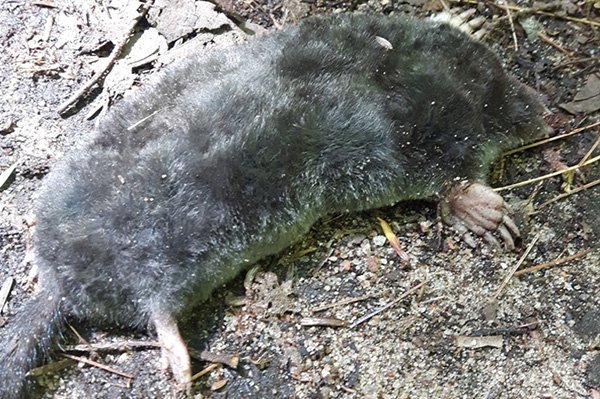 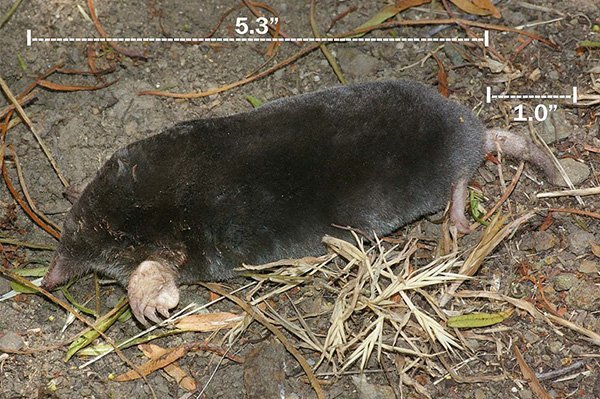 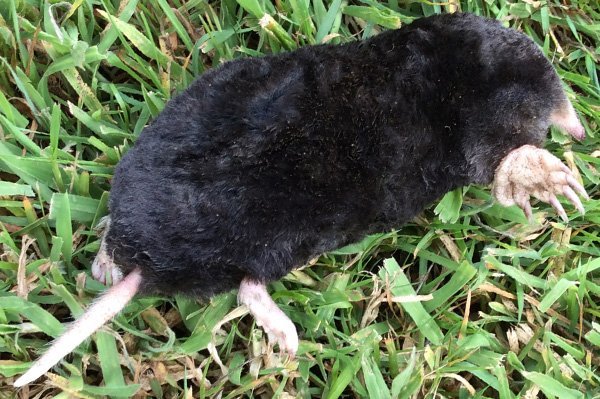 Moles move about day and night. Although moles are active throughout the year, they show less hunting interest in intense heat or cold. They are very energetic after periods of rain or watering when the soil is softest for digging.

The mole mating season begins at the end of winter. The gestation period lasts around 42 days, and females birth two to five babies. Baby moles become independent around a month of age.

Generally, moles are isolated animals, only mingling during sex season. The star-nosed mole is the only mole species believed to live in colonies. Mole populations may range from 1 mole per 6 acres to up to 5 moles per 1 acre within the other mole species.

Moles devote most of their waking hours digging tunnels in search of worms and grubs to eat. When excavating these passageways, moles tend to follow edges like fence lines or building foundations. Intermittently moles will stop to shove the loosened soil to the surface, causing mounds called “molehills.”

Do Not Use our traps on mounds(Molehills)

Moles create problems for agriculture, lawns, and gardens. Even though moles don’t eat plants or plant roots, they cause damage by tunneling in search of worms, grubs, and insects in the soil.

Once moles colonize your property, they can produce significant destruction in little time, notably while they are hunting for worms, grubs, and insects.

One single mole can tunnel up to 15 feet or more feet per hour if the soil is soft. And when that damage begins, it’s time to get The Mole Whacker Trap!

Trapping is the most effective and secure method of eliminating moles. The key to effectively trapping nuisance moles is setting our traps in the proper locations.

Please follow these recommendations for locating the correct places for our trap:

1) Place our trap along lengthy stretches of tunnels that moles most often use. Hint: If you stamp down the top of all the tunnels in your yard and return the next to find tunnels pushed up again, those are the ones most used

2) Aim For long, straight runs of tunnels or spots where tunnels enter or exit your yard.